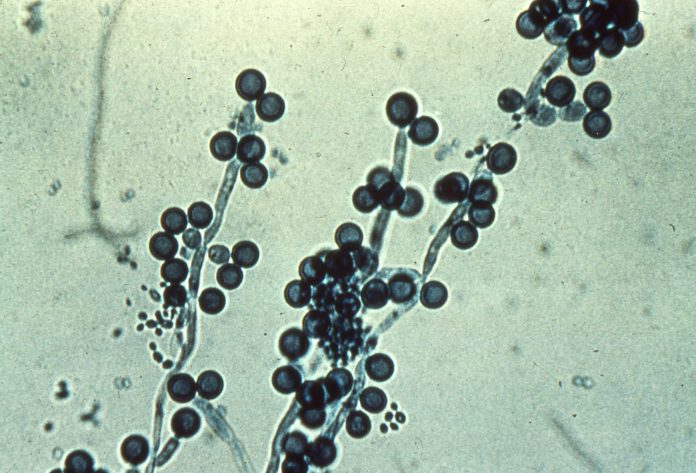 Oral thrush is a mycosis – a fungal infection – of the mouth which can seem pretty ugly when you first see it: creamy white patches on the tongue and cheeks, some blisters at the corners of the mouth and even occasional bleeding. All in all, it can look pretty scary if you don’t know what it is. 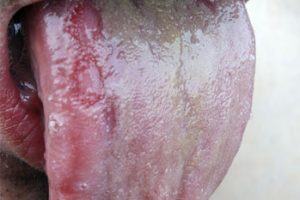 However, that’s about as bad as it will get for most people, and it will go away with proper antifungal medication. Not to mention it’s not contagious – unless you’re breastfeeding an infected baby, that is – so you don’t need to worry about catching it.

In this article we’re going to go over the main symptoms of oral thrush as they appear in different people; since it’s most common in babies and breastfeeding mothers, we’re going to deal with those first, and then move on to more severe symptoms, usually occurring in combination with other diseases.

To understand the symptoms of oral thrush, you first have to know how it appears.

What happens is that a group of fungi (candida albicans), normally present in the mouth 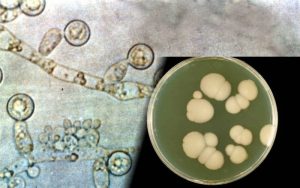 without doing too much harm, grows out of proportions. This overgrowth is caused by a disruption of the bacterial flora – all those little organisms – of the mouth. This happens if you take too many antibiotics, if you smoke or if your immune system is weakened, either temporarily or as a result of a disease.

When that happens, candida grows to massive numbers and you get those nasty-looking white patches that are commonly associated with thrush. This is the most common symptom associated with oral thrush, though it may be present in other diseases, too.

These patches won’t normally hurt, and they can be taken away with a spatula or scraped away with your fingers. If you do that, you’ll notice that the tissue beneath is swollen and may bleed, so it’s better to just leave them alone. They’ll go away with treatment, anyway.

Another common symptom is soreness of the mouth and difficulty swallowing, especially if the infection has spread to your throat. If it goes beyond that, you’re likely to experience fever and sickness, especially if your immune system is weakened.

Symptoms in babies and breastfeeding mothers

Two of the most vulnerable groups are babies and their mothers. Babies usually get oral thrush at birth, and the first symptoms will show up to ten days after. 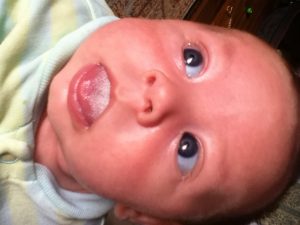 At first, the condition may go unnoticed. However, as the fungi grow, the creamy patches begin to appear. You’ll be able to tell them apart from any milk leftovers because they’ll cover not only the tongue, but the cheeks and the inner lips, too.

Apart from these lesions, babies may also be irritable and have difficulty feeding.

If the mother breastfeeds an infected baby, she’s likely to get thrush, too. Her mouth will be ok, obviously, but her nipples will get the condition. Common symptoms associated with this infection are red and sensitive nipples, shiny skin on the region around the nipples (the areola), deep pangs inside the breast and pain while breastfeeding.

Left untreated – particularly in patients who have serious diseases such as AIDS or cancer – oral thrush may cause symptoms such as loss of taste, a burning sensation in the mouth, bleeding of the lips, difficulty swallowing and even hoarseness, if the infection goes to the larynx and the trachea.

These oral thrush symptoms are pretty rare, though, and, again, they usually occur in patients who have other conditions and who ignore the early symptoms. Dealing with oral thrush in the early stages will usually prevent it from worsening.

The most common symptoms of oral thrush are painless, cheese-like white patches on the tongue, lips and cheeks. They’ll usually appear in babies, in which case their mothers will probably develop a candida nipple infection, too.

In patients who don’t treat their thrush in the early stages, the symptoms may get worse – bleeding, blistering, difficulty swallowing and hoarseness are all common symptoms of severe oral thrush.

In any case, these symptoms will go away with proper medication, so there’s no need to worry if you experience any. Contact your doctor and you’ll get rid of your oral thrush quickly and painfully.